In the not too distant past policy announcements which rattled world financial markets came from Washington, Tokyo, or Frankfurt. The only exception might have been a major policy announcement from the OPEC countries about global oil prices. But the Chinese government made history a few days ago by announcing a set of policy changes which caused large declines in world metal prices and many stock markets.

China announced that is was taking new steps to restrain the growth of bank lending with higher reserve requirements and tighter credit standards. China took this action because it is concerned about the fact that its investment share of GDP has risen close to 45% or the highest level recorded in modern financial history. The government fears that the investment rate has reached such lofty levels that it may be encouraging an inefficient allocation of capital. It fears that there could be a glut of commercial real estate or a surplus of manufacturing capacity which will depress profitability, bankrupt marginal companies, and increase the volume of non-performing bank loans at the state owned banks.

China’s fears are justified. During the early and mid-1990s, countries such as Thailand and Korea, had investment/GDP ratios which exceeded 40% or came close to it. These high investment ratios set the stage for the great east Asian financial crisis of 19997-1998 by producing a glut of commercial real estate or unprofitable manufacturing capacity. The low quality investment produced an upsurge of non-performing bank loans and set the stage for a loss of investor confidence which triggered capital flight.

If China were running large external deficits, it would probably now be confronting a crisis of confidence in its currency. Instead it has rapidly growing foreign exchange reserves because of widespread speculation that it will have to revalue its currency. Other countries are encouraging China to revalue because the country has been enjoying export growth of 40-50% during the past year and is clearly poising a competitive challenge to manufacturers in the old industrial countries. In fact, China is now displacing Japan as the world’s third largest exporter while her share of global exports is now approaching 6% compared to 3% during the late 1990s. China’s export growth is being driven by the fact that she has attracted $500 billion of foreign direct investment during the past decade. Foreign firms are using China as a global export base and produced over 55% of the country’s exports last year.

Ironically, the build up of foreign exchange reserves has helped to nurture the crisis of excessive investment by encouraging rapid growth of money and credit. The growth rate of the money supply has accelerated to over 20% from 12% three years ago. If China were to announce a large currency revaluation, foreign exchange reserves would cease expanding and the growth rate of money would slacken. But China is reluctant to revalue because of concern about the stability of its banking system and the risk of job losses in export oriented sectors. China has to produce 15-20 million new jobs every year to absorb people leaving old state owned companies and the rural areas.

The fact that a Chinese economic policy statement shook world financial markets last week is only a harbinger of things to come. As a result of China’s robust growth, she has now displaced the United States as the world’s dominant consumer of many industrial raw materials. China now consumes 33% of global iron ore output, 23% of alumina, and 22% of copper. China’s steel industry is now larger than the U.S. and Japan combined. The stock market capitalization of China’s steel industry is now over $40 billion compared to $11 billion for the U.S. steel industry. China also produces 40% of the world’s cement compared to 6% for the U.S.

As a result of the Chinese government’s obsession with protecting employment, it is doubtful that the policy tightening now occurring will produce a recession. China will have a high investment ratio for many years to come because it is at an early stage of industrialization and only 39% urban. During the next thirty years over 300 million people will move from the countryside to the cities and China will have to build twenty new Shanghais. Such urbanization will generate huge construction activity and generate massive demand for steel, cement, copper, and other raw materials. China’s recent policy changes are designed to slow growth from double digit levels to 7-8%.

But if the Chinese government miscalculates and fails to achieve a soft landing, the markets are correct to be concerned. If a China were to experience a real recession, there would be a significant decline in the growth of world trade, a major slump in commodity prices, and a further correction in many global equity markets. As a result, policy announcement from Beijing will now become as important in global financial markets as they used to be from Washington. 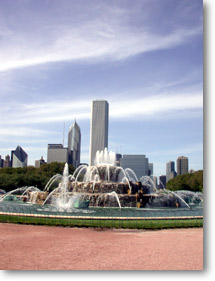