A short review "down memory lane" of where I stand -and how Thaistocks.com keeps delivering, since 1997.

Up until last year, for many years before, I here stated and argued how the broad level of global interest rates would stay low and even drop more -and how this is overall good for and supportive to stock market investing, the world over. And so it was.

Of course, low interest rates is just one macro factor.  Company fundamentals, earnings liquidity and sentiment being among the others. Of course, sometimes a stock rocks-up (or down) as its being speculated-on by some punters but if we are on the right side of the companies’ solid fundamentals, besides reasonable valuation, it does not matter much. In time the stock price will recognize ever higher earnings and dividends, even if unevenly so in time and its performance. 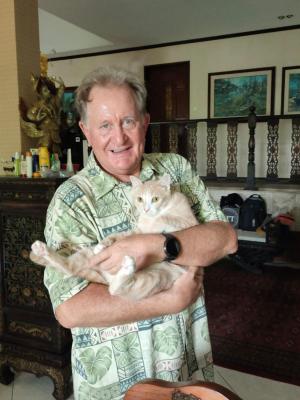 But the era of low interest rates by mid-2021, started to change and I here noted so. Inflation was picking-up not least due the covit pandemic fizzling-out which meant broad aggregate demand increased allot, post nearly 2 years of lock downs.  We saw just last Friday how the US market finally succumbed by enduring a 1000 point drop on the Dow, all on account of the reality which I here posted some time ago: The US Fed is well behind the curve on interest rates and so now they have no way to go, but up. Higher interest rates dents stock valuation matrixes’ and so hits high growth, high p/e companies the most.  Note how prominent NETFLIX ($215), as just one example, lost 2/3 of its value since the 3Q '21, as it got hit by the double whammy on lower subscribers along with higher interest rates to come.

I would expect the US market to correct further in time as its been for long overbought, over hyped and benefited from 12 years of continued lower interest rates, but now that is reversed.

Thailand is a bit different and differences at the margin is what counts.  Here inflation is not as significant and interest rates will likely not move-up as fast as in the US.  Also, Thai stock valuations are more tame while in general cash dividends are much higher -and sentiment is more positive here.  To generalize and compare: US is peaked and EU is stalled, while both have amassed enormous public debt!  Vs. here, growth is resuming, tourist are coming back and Thailand is benefiting in being a prominent global food producer.  Not least, there are some interesting domestic plays away from the more volatile overcapacity tourist sector, where yearly earnings are increasing at a double digit rate.  Here picked and regularly reviewed with a number of great choices, expressed it in my running model portfolio.  (Picture is, yours truly.)

Just to go back a bit on memory lane, deserving so in lieu of the 25-year anniversary coming up.
Up until say near end of 2017, Thai stocks as I viewed picking, them zig-zagged mostly higher, along with some crisis along the way.  Not least the 2008, N. Atlantic, induced global financial crisis short set back. Then, a long period (end of 2017 to April 2020) of market correction sat in, which I did not fully grasp seeing in coming.  During this I kept up writing and regularly posting here -along with my reasons back then, why this was happening.  No need to regress back on that today, except to say: From late 2017 to April 2020, I stopped sending out any and all renewal notices and just let all members coast.
Then, in early 2020,Covit-19 hit in full force and markets all over the world tanked.  By early April 2020, this was way overdone in my view with the SET index touching 1000.  Hence on April 7th 2020, I turned “maximum bullish”, stated so at my front page, started a new model portfolio with much vigor and send all members a renewal notice!  Alas, many did not renew but the many which did then enjoyed a formidable recovery as smaller and mid cap Thai stocks (as measured by the MAI and sSET index) rocked-up considerably more then the SET benchmark index. The SET index today stands just shy of 1700, or 70% higher then the low point in early April 2020.

My various model portfolios outperformed the SET index since (always as posted only for contributing members) and a number of stocks I there picked doubled in value since -and its ongoing.  Vs. Thai brokers and their investors, whom strictly followed them, got left behind with their continued, never ending lame-duck, big cap's often the same names’ endless recommendation.

The Baht currency dropped a bit since (vs. major other global currencies) and this is helping Thai many exporters whom have seen double digit growth of late.  There keep being some select niche domestic plays here, like solar-energy in Thailand. which are doing very well, not least due to soaring global energy prices. But one would never know reading the local biz news or most all broker reports.

As we start into the 1Q.’22 earnings reports (to all be released by May 15) it’s a work in progress in the sense that there are always some particular companies doing well at still reasonable valuation and hence I remain confident the long investor success story here will continue. But of course always unevenly so and with some setbacks, which is the norm while diversification is always advocated.

With nearly 40 years of full-time professional investor experience I often remark on many things to share here.  Today I just remind on 3:  Many if not most retail investors/consumers are conditioned to think in a certain way.  For example, one’s savings should always hold its value firm and not fluctuate, but this is wrong.  Just as life, love, health etc.. has ups and downs, so should one tolerate one long investment program to fluctuate. Those which can accept that, have mostly done well over the years -or in their lives. Investment wise.  This vs. ultra low % in bank savings accounts.  Holding cash/or savings in a bank is like “a guaranteed loss over time”, as inflation eats it up....and more now to come, than in recent past decade.  The other fallacy is one of timing. A stock “does not know you own it, so cannot do you a favor”. We just never know about timing.

Here I continuously pick core choices which I like -and then regularly update on them. But can never say when or by how much, if at all, they will rise, or not, or even fall.  All one can hope for, and its more then hope as the long record shows, is that over time -never knowing by when- the group of choices will combined (i.e. diversified) rise in total. There will be losers and big winners but it’s the averages which make “toute la difference”.   OH, and one last, but not least on this: successful investing requires taking profit at times and then doing other things with the gains materialized.  This can mean buying a new car, building a swimming pool, new home, get that condo you love, or take world trip, post Covit etc..  The world and investments are far to volatile then just sit tight “buy and hold” forever.  Hence since the outset in 1997 here, I have few investor rules but often stated: to nail down some profits if you have a 50% gainer.  Its a difficult thing to do as one loves ones' winners, but its the required disciplined thing to do for long term success. Too often I have seen good people fail on this.

PS.   To share a long standing member-review, received while writing this article:

"Congratulations on Thaistocks achieving its 25 year anniversary. It is remarkable that the service has survived and prospered over such a long time period. As a long term member I have learnt that your advice is without bias or anything but honest insightful information. I joined TS in 2007, with almost no experience in stock market investing and I have learnt so much since then. Reading about stock market investing is dry, but doing it with TS isn’t. With a TS membership you invest and learn. It’s damn fascinating!  You're very good at what you do and you deserve to be recognized for that. "