Things always change but not always for the better.

For many years smaller cap Thai stocks overall performed rather well.  They were often under-priced, under-followed and mostly ignored by the institutions -and brokers alike.   The individual investor with some know-how and experience could beat the SET index, as I did here for many years.

But from year 2016 on this started to change...individual retails investors started abandoning Thai stocks as a savings vehicle, while punters and speculators, index funds and so called trigger funds increasingly took over with the brokers blessing.   Not least, the controversial derivative warrants  (DW) market.   As here amply pointed out of late: individual investors at present make up barely 40% of total SET volume vs. some 60-70% in years past.  The SET and brokers alike should ask themselves why are individual investors shying the Thai stock market like never before?  I have my own views on this and it has allot to do with the entrenched practices of the Thai brokerage industry.

The result is, smaller cap. stocks have been in the doldrums for some time, many dropping 50% or more and the MAI index graph looks like its " going to hell in a hand basked".   To be fair many did report disappointing earnings and so their p/e ratio's became overstretched, this is one reason not to turn over positive on the sector, just yet.   Further, its becoming increasingly difficult to get any added value research information by any means, as most as these companies have been put on alert by the SET/SEC to be ultra careful in disclosure to analysts.   Hence company responsible visits in person with management have become for the most part, a waste of time.

Why has the new SET president not addressed the dire issue of retail investors abandoning the Thai SET?   For members here, I have recently posted very strong positive comments on one of the largest cap stocks, namely PTTGC  which post its sell-off to the low 70's  in early July 2018, it so demanded a maximum buy in my view, stated again of late here.  When things change, so do I...and for now its best to hide out in a quality large(est) cap stock with high dividends, then to swim against the river...when the river's flow changed. 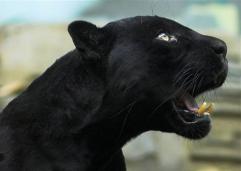