Swiss banks immensely benefited by the strength of the Swiss currency.

Swiss money managers have immensely benefited by the strength of the CHF currency which has appreciated 75% vs. the US$ over the past half century. So, riding on the coattails of broad Swiss excellence, which (rightly so) always impresses visitors there.

Over the past half-century, say during my adult life time, the Swiss Franc currency (CHF) has soared allot against most all other currencies.  As just one prominent example, in the early 1960's you got around 4.40-4.60 Francs, for every 1 US$,  vs. currently just around 1.04$ per 1 Swiss Franc now, also referenced as CHF.  That is about a 75% devaluation of the US$, vs. the CHF over the past half century!

Switzerland, more like Zurich and Geneva, are chuck full of money managers, wealth & asset managers and more, besides the many banks. One can see these from far away, often tall, slim, handsome, dark hair with their brief cases and phones -as if they were the long self-acclaimed “Masters of the Universe.”   I just spend a month holidaying at the center of Zurich-city and wandering around there*, one just gets a bit nauseous observing more than many money/wealth manager-signs, galore, and bankers rushing around -and then some.  Many advertise on the otherwise excellency of Switzerland and then “bank” on that. (Pun intended). 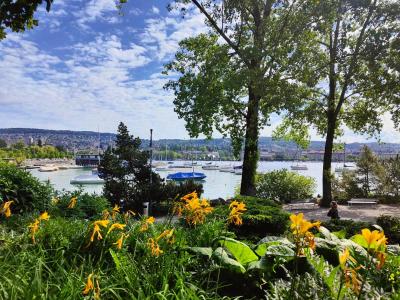 Some banks, notably Credit Suisse (CS) have been hit of recent and in the past with various scandals regulatory and otherwise, too many to here summarize.  CS stock price is currently trading around 5.60 CHF, or roughly the cost of a coffee, or a cigarette pack, there!  Compared to CS stock trading well over 15 CHF, not even 4 years go.

For the record, I am definitely not a banker, nor ever was, nor identify with them in any way, just the opposite!   Bankers often act like managers where they put the banks interest before their clients with too often: inherent conflicts of interest. Vs. investor-entrepreneurs (like myself), where the interest of the investor is always aligned in the same way as their clients. And where the only wealth these acquired is but a small portion of what they achieved, investor wise, for their clients.  Licensed brokers and US Wall street-type astute investors are far removed from these stale, polished Swiss bankers!  Swiss people themselves are rather fed-up with them for years already.  One local joke I was told in the native Swiss-German language by a Swiss:  “How do you make a small fortune?  Well, you bring a big fortune to a Swiss bank in in time it will be a small fortune”.

Due to the continued currency strength of the CHF, over many decades, no wonder many Swiss fund managers/i.e. bankers show acceptable, in US$ % returns, as the Swiss currency continuously appreciation was more than highly favorable for over half a century!  Of course, their home-parameter is always the CHF Franc, as they are based in Switzerland.  Fact is to repeat:  it’s the strong CHF currency appreciation, over so many years which “made the day”, far more than their astute investor skills.  Hence, bluntly put, Swiss bank investor returns are camouflaged by the strength of the CHF currency. 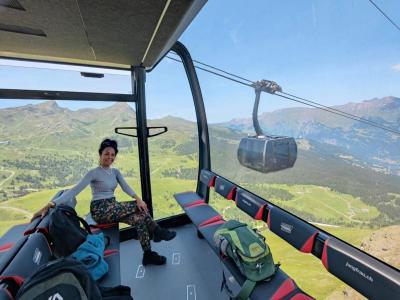 During all this long time, Swiss banks and wealth managers are well known in charging high fees all the while often producing substandard investors returns in CHF; yet camouflaged by the strong CHF currency.  Alas, many global investors, famous people/actors and more setting foot there mix up general Swiss excellency, with semi-rogue Swiss Bankers.  They are lame to get it, but would be advised to understand this better.  Of course, here I am generalizing.  But its long fact that Swiss banks broadly speaking are chuck full of high fees, too often produce marginal investor returns -and have coat-tailed benefited from otherwise Swiss quality/excellency.  As a Swiss myself I dare to say, post 50 years of professional observations, Swiss are really good to great at many things, but investor returns is not one of them.  As a side note/example, they seem to always advocate a big positions in Gold, (like Marc Faber) yet a relative investor laggard for some years now.  Realize Gold positions requires little analysis only to re-iterate negativity, i.e. how bad the world is, has become or will be.  Wealthy people -as many others- resonate with this.

Of course there are exceptions and here I make a generalizes statement with the point being don’t confuse Swiss excellency on many levels with their fancy banks/bankers.  If you have some wealth, I for one, would all but avoid Swiss banks(!), just sharing in good faith.  An opinion many whom know, agree with even while they don’t dare to say so. Yet, talking to some wealthy Swiss themselves as others, they do increasingly express this as well for all the factual reasons over many years.

* Besides this professional observations, I had an excellent trip/holiday. Revisited many sights/mountains, went to the top of the World (JungFrauYoch) and hiked some 8km just about everyday, all around.  I found the Swiss/culture/country actually more awesome and smiling, than in the past.  Once I lost my return ticket on a gondola lift, "no problems" he said and let it be.  One sign read  "Good news for smokers, now there is a smocking area", instead saying "no smocking except in smocking areas"....that kind of disposition.

So different than Singapore or AU.  Not once did I see a sign "no this..." or "no do that" ...etc.. swimming in the lake, ok, dogs ok, if you want to drink a beer in park ok, smocking weed ok...no rules on masks "as its up to you".  Super friendly drivers to pedestrians. Got great directions -every time.  The trams/trains were excellent, always on time!  Now one right to the airport, super mass-trans I used exclusively.  Did not have a single bad experience except yes, it is expensive while there are more people around everywhere and on the move, than ever before.  Happy to be back. 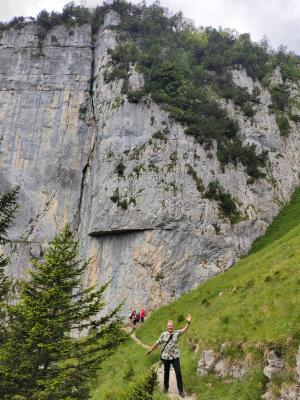