Person A vs. person B, a 10 to 1 difference in income. Where a 1 mill. Baht stock investment yields more than a safe 10 mill Baht in the Bank. Safe, but inflation adjusted, is it?

A friend of mind, call him person A, told me he would take his 10 mill. Baht and put in the bank on a (I think he said) 1 year term deposit and so receive 1% interest, minus the 15% withholding tax. Or for a net income of  (100,000 - 15,000 Thai withholding tax) 85,000 Baht.   This way his principal is safe and he does "not have to worry".  As he puts it, "its allot more responsible then speculating in shares or Bitcoin or no income producing lagging gold". As he proudly put it.

I answered him, call me person B, have a different plan/option. Either (depending on investor appetite and understanding one surely can balance this), will put 10 mill. in STGT stock at now 40 Baht, receive a nearly (but not totally) guaranteed 11% in yearly dividends this year -10% tax. Or like this 1,100,000 Baht in dividends - 110,000 Thai withholding tax, or for a next 990,000 Baht in income which is a whopping 11.6 times more!.  He nearly dropped his jaw and asked me what is the catch?  I told him my 10 mill. principal will fluctuate and may at times go up or down, but I much think over time it will likely vacillate higher in value.  He asked why can I say its nearly guaranteed income of 11% this year?  I answered because the company's production is all but sold-out for over the next 30 months and so unless there is a gigantic set back (fires are insured, CV19 in the plant is 98% minimized and would not affect in a big way, going forward). "What am I missing" he further dwelled?  STGT is one of the world's largest protective glover producer, you can see its summary here:  https://www.set.or.th/set/factsheet.do?symbol=STGT&ssoPageId=3&language=en&country=US

Well, I answered it could be that in 2 years (but very unlikely next year) the dividend pay-out drops some because perhaps there is new competition, and/or glove wearing new normal wears off -or some other set back.  In that case I can see still getting a 5% dividend (say less then half) then previously which is still more then 5 times more, after tax, he is getting from interest in the Bank.  Also, I can sell some shares (by 100 share lots) should I need any money vs. him, person A, may/would have to undue his 1 year bank term deposit and so loose on his 1% promised interest. :)

Ah but "my principal is not guaranteed" he acclaims. Yes, but its a guaranteed loss in time I answer, as if/when inflation picks up over the years to come you will not have any hedge down the road with money in the bank.  Because, yes, the STGT stock price will fluctuate, it will also have a real chance to increase in value over time! At some point.  Vs. static money, which is just paper in the bank, it so will not.  They call it fiat money and just now governments all over the world are printing huge amounts on CV19 horror mega subsidies of all kinds.  I told him to look up fiat money. 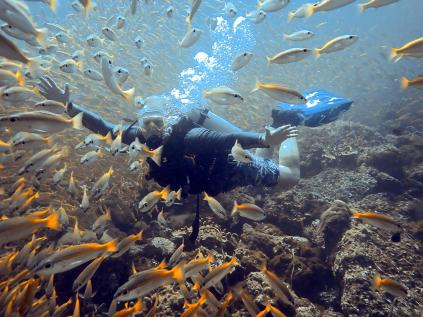 The conclusion was, his savings plan which at first looked sensible, was in fact likely a lousy investment -over time.  Not least because even allocating 10% of his 10 mill. Baht savings to such a high(est) dividend stock, and 90% to his safe bank deposit, would yield in fact more then 2 times more, in current after tax yearly income, at least for now.  On that he bought me a beer, except I don't drink much beer.  Of course I added its always advisable to diversify some...surely one could add FSMART (7.20) to the port. which also is expected to yield some 10+ % dividends which I reviewed here at length late last year, even while its a much smaller company.  The 2 a nice combo fit I think, as FSMART is a domestic very defensive play, vs. STGT is mostly an global export oriented very lage cap. company..in fact, STGT is just about a US$ 5 Bill. market cap -and regularly one of the most active traded stocks on the SET.  Just to add, when STGT lists in Singapore (in April?), I predict it will see a p/e expansion.

Paul A. Renaud.
www.thaistocks.com
PS. Picture shows me diving some more in the Similian Islands. Lots of fish.