Nature Deficits Disorder is increasing and this will bring in time an in the country side resurgence.

In Bangkok among the rich/elites' here, there is for years already a strong investor in- vogue trend toward investing in-town condominiums, for investments. Some own several condo's, even while they may not all be rented out.

Its a fashionable form of Thai elite investments choices which has been over-cultivated at the expense of some other more balancing alternatives.  Not least, value stock investing in Thailand but that is another topic; here I address the global trend back towards nature.

A topic of wellness is coming back of age.

In the new age where presently half of all humanity live in urban cities we realize ever more how nature is increasingly becoming part of the balance. Similar or even grander perhaps to the broad trend to healthier eating.

For over  90% of our time on earth we lived as hunters/gatherers.  Our ancient and recent ancestors experienced nature directly, continuously and intimately part of what is called the undifferentiated fog.  Only in the past 100 years this has started to change where more and more of us, spend less and less time in nature.  One could say, Nature Deficits Disorder is increasing.

“Psycho-therapists have exhaustively analyzed every form of dysfunctional family and social relations, but dysfunctional environmental relations does not exist even as a concept…...  Its time for a environmental based definition of mental health.”  Says Theodore Roszak.   When awoken, “Ecopsychology” might be the new term or NDD, as in Nature Deficits Disorder.

Professor Wilson and an increasing number of biologists and ecologist worry that the loss of the nature biophilia connection poses a  “very real threat to our physical, emotional and mental well being and ultimately stymies our cognitive development as a species” .  Many studies have shown that hospital patients recover faster if they have a nice view of greenery /gardens from their hospital rooms -and the same is true with concentration.   A new biosphere consciousness is taking place which no less is being enabled by the broadband 3-4 G internet/smart phones.   Networked and connection in nature’s remoteness.

The connection with nature is strong and increasingly so apparent in the fast paced city living of ever more societies.

All those condo investors in Bangkok should think about this. I sense in the future more in-nature settings/dwellings will increasingly be seen as an attractive alternative which people with means and education will be seeking out. 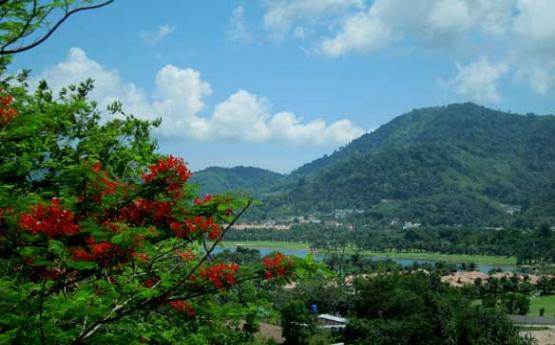