Letter from a friend.

I suspect the Reds have some legitimate grievances regarding elite control of what might be characterized as a parliamentary oligarchy, but the fact of the matter is that the entire world is controlled by an elite class. The US was once a truly independent constitutional republic governed by wise men elected by well informed voters who had a stake in the best interest of the country overall.

At that time the US Senate was appointed by the state legislators, thus assuring the leaders of the individual states held the majority of legislative influence even at the federal level, AND only property owners had the right to vote, thus assuring that a welfare class could not hijack the democratic process and force the country down a path of socialist ruin.

Both of those checks were lost a hundred years ago and the chickens are finally coming home to roost. America has become an oligarchy controlled by an invisible corporate/military industrial elite that actually benefits from a deficit addicted socialist policy that erodes the financial independence of the working middle class and the small entrepreneurial class.

The media is totally under the control of the oligarchy and constantly spins and brainwashes the masses to buy into the perpetual war machine, a fiat money system that survives only with always-growing debt and inflation, and a tax system that slowly converts everyone except the oligarchs into modern day serfs who do not understand that the feudal lords confiscate their labor indirectly through taxation, inflation and perpetual indebtedness.

Inflation is a subversive means of reallocating wealth from the wage earning, cash saving, asset-light working classes to the asset-heavy elite.

I have to hand it to the oligarchs who devised this system originally in England in the late 1700s and transferred it to the US in 1913 with the creation of the Federal Reserve – it is truly ingenious and even the most educated and informed have great difficulty in recognizing and understanding what has happened.

I remain on high alert regarding the sustainability of the global monetary system built upon nothing but government issued and bank issued debt. The entire scheme almost imploded one year ago, but the central banks successfully plugged the dike with massive fiat monetary stimulus and their handmaidens in government did their part with massive fiscal stimulus and bailouts of the banks with more government issued debt on the backs of the taxpaying serfs. Yet no discernable inflation has resulted.

That’s because the world desperately needs a deflationary cleansing of debt reduction through default and elimination of debt associated with malinvestment at all levels – corporate, individual and especially sovereign – but the central banks have an effective cartel in control of the price and supply of fiat money so they will do everything in their power to avoid the cleansing process by providing any and all means possible for the private banking systems of the world to extend and pretend that bad debt need not be written off and hopefully that some new credit (money) can be issued as fast as possible to keep the debt deflation spiral from driving a spike into the heart of the fiat monetary system. 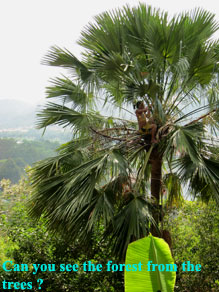 This global fiat monetary system is, by the way, the central nervous and cardio vascular system of the neo-feudal serfdom I refer to in the paragraph above. To say the least – it’s complicated. I’ve been obsessed with figuring this out for the past ten or more years. I may be early in predicting the collapse, but I do not believe I am wrong. In the mean time, capital must be preserved and money can actually be made if one is careful and smart. I like Thailand because it is independent.

Thailand was never conquered by colonial powers and that independent spirit is evident in its economic position today. Thailand may not be as advanced as Singapore or Taiwan but it has an economy based on engineering, production and agriculture – real things that any economy needs to be self sufficient. It has its own currency that survived two crises within the last dozen years and it has proximity to the largest population concentration and fastest growing economies on the planet.

Yes, these economies will suffer if the western fiat monetary system implodes, but it seems that Thailand could weather any such storm better than most, so long as they do not become dependent upon externally provided debt financing. OK…enough global macro postulating.. Further... I must admit I’m not high on paper based commodity contracts as they can lead to massive distortions and even fraud if the contracts are not required to be settled in physical delivery upon demaind.

Cash settlement futures contracts are a recipe for manipulation and fraud in my opinion, and I have a high degree of suspicion that is exactly what is happening in the silver and gold futures markets on the COMEX in NY even though physical delivery is required. It has been rumored that many physical delivery demands have been unmet by the shorts and cash settlements of 125% of contract value have been offered to the longs simply because the physical inventory did not exist in the COMEX warehouses.

This is all the stuff of conspiracy theories but there is a large body of evidence in support of it. Best Regards from Hong Kong -and Happy Sunday to you,

Thank you for this good contribution, note that the notation in [ ] are my own.