Health insurance in Thailand is a contentious issue.  Key issues here to be aware and consider.

Because additionally I had insurance licenses in USA, along with 6 years’ experience back then (am an LUTC graduate) , I feel qualified post checking some, to write about health insurance here as well.  Many expats in Thailand wonder/confused about this -and more then a few are disturbed for all the right reasons.   The problem is that most Western developed countries’ health insurance will not cover you if you move full-time to Thailand.  Like example, US Medicare and UK retirement insurance will not cover you if you life here in permeance.

“The devils is in the details” and here I just aim to point out some of the significant issues for a better understanding:

First of all, accident-only is not health insurance!  So beware not to confuse the two. Select Thai companies do offer accident-only insurance but from what I have seen commingled with death and dismemberment benefits, where the accident only part is often limited to just 100,000 Baht per accident or worse, per year.  Also, its rather expensive for what it is.  Accidents are clearly defined as such, hence a skin infection which may have started with an accident may not be covered, as it’s considered an ailment, not strictly an accident.  Never confuse accident-only with broad health insurance, as most/many big medical bills often come from health issues, not accidents.  Also so called travel insurance is just temporary insurance which expires on the day the travel ends. It does not offer promised renewals and so is very limited if an illness occurs during a travel/trip.

Renewals in fact are a big thing in health insurance.  Where “guaranteed renewal” is the gold standard and what you are looking and should be aiming for!  Imagine you have a serious health issue, your insurance pays but then may not offer a guaranteed yearly renewal.  Bad, as you then likely can’t get any replacement due to now having an existing health condition(s).  Meaning you have an ailment which would be likely excluded if you apply for a new contract.  Some companies will state/boost they can’t discriminately refuse renewals, but beware still may cancel the whole series of policies that you are under coverage.  Annual premiums go up, as your age advances.  Sadly for many expats, at least over age 60, I have not found any policies which clearly state “guaranteed renewal”.   Perhaps you know one to share here? But I doubt it.  Beware, Thai insurance agents for the most part can be a tricky bunch and so beware if they claim something without written evidence.  Also make sure to understand if the policy covers you only in Thailand or internationally.  Many exclude the US, which is no problem if you not plan to travel there.

If you have a pre-existing health condition the insurance company may well exclude this outright via what is called a “policy rider”.  This can also be suspect as they could later claim that another condition is related to this?  Like if you are on high cholesterol so called statin drugs, they may claim any heart issues are related to this?  Or alternatively they may insert a waiting period of say 6 months to a year, post that time passed it is then included…but only I you did not have a relapse during that same waiting period.

A pre-existing condition can be anything you told or visited a doctor for, prior to applying for the health insurance policy.  If you do not disclose this so on the application form and they find out later, you will likely be denied and your policy may be canceled outright, as you signed their form -and lied on it.  So be very aware how the questions on the application form are formulated and how you answer.  A minor, say non-material, omission should not be an issue however.

The insurance contract is approved by an underwriter which is likely an experienced insurance employee Doctor at headquarters, not by the agent!  It’s not up to the agent, but up to the insurance company’s underwriter approval.  Coverage often begins the day you apply and pay the premium, which in return you get a so-called “binding receipt”, signed by the agent. If something happens in the interim it may well be covered as long as the underwriter would have approved, bona fida.  Insurance premiums should never be paid directly to the agent, only to the Insurance company. There have been reports of agents collecting premiums but then not forwarding these to the insurance company, obviously in such case your insurance is not in force.  The insurance company has an obligation to send you renewal notices in advance to your last given address, or in some cases via e-mail, but its up to you to mark you calendar and renew by paying the premium.  In Thailand, as in USA, if the premium is not paid on time within a given grace period, the insurance automatically cancels. 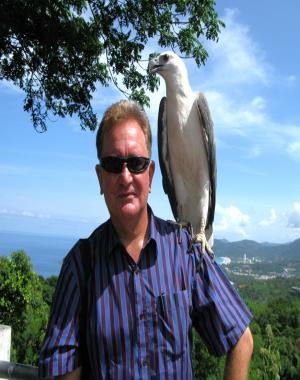 Here then is just the gist on key major points of what I would be looking for, and not meant to be an exhaustive overview.  Two companies which I have looked at more carefully just recently are AIA and AETNA,  AIA does not offer promised guaranteed renewals and only covers you while in Thailand,  AETNA does so, but only to Thai citizens under age 60.  AETNA, a reputable US company, has a new plan only for expats called “ULTRA CARE” worldwide but does not cover while in USA and is not guaranteed renewable.  There is a 65,000 Baht deductible if claims are outside Thailand.  If you are over age 60 especially, its rather expensive but you get a 10% discount every year if not used, up to 25% if not at all in 4 years.  It’s always paramount to look at their -or any- different plans on maximum coverage and what it included, and not.

People whom have larger capital/savings/stock investments could so chose to self-insure, as Hospitals in Thailand may be more understanding on charges if you say you do have money -but no insurance.  Surely in that case you can easily just sell-off some shares to pay for any medical bills, vs. if you hold most all assets in property -which does not give you this option due to illiquidity.   I tried hard to find a company/policy with a very high deductible but then which covers catastrophic events, but got no where on that.  If you know of such a plan pls. let us know here, or write me...but I found none.   This often is the way to go for many, as insurance companies hate smaller petty claims due to high administrate costs and  abuses and many/most of us what insurance to pay if there is a health cost"disaster", not for small claims.

Bref, health insurance in Thailand is expensive, can be tricky and in any event does leave allot to be desired.   To summarize, is it guaranteed renewable? Does it cover you while abroad? What are the maximums per year or per occurrence? Deductibles and benefits in detail, what are the exclusions or parameters (like you must stay over night in a hospital to get coverage).