Fund investing has risks beyond the markets.

The mutual fund scandal that broke out in the U.S. last year is a lot bigger and profound than a lot of people believe it to be. Some of the biggest players in the U.S. mutual fund industry have been implicated, and in most cases have admitted wrongdoing and have accepted monetary penalties. Large companies like Janus, Franklin Templeton, Pimco, Invesco, Bank of America, Putnam Investments, Alliance Capital Management and CIBC have all been implicated in this scandal. Many paid fines/settlements of amounts in excess of 100 million US$.

And on May 26 (Reuters), the latest before we published this report, the New York Times reported that Securities and Exchange Commission mutual fund inquiry widens to now include Wellington Management. Wellington Management, one of the nation’s oldest and most respected money management firms; it too is now officially under investigation.

The actual crimes committed in the scandal all involved market-timing and late trading, and the subsequent deals to allow it by the mutual fund companies. Market-timing is when investors rapidly trade in and out of mutual funds for their own benefit. This is technically illegal, and there are regulations in place to restrict the number of trades an investor can make in a mutual fund. Late trading is the ability to put an order in for a fund after the close of the markets, but still receive the closing price. Late trading gives these select people an unfair advantage, all at the cost of the fund.

Market-timing hurts other investors because it impairs the ability of the fund manager large amounts of capital rapidly flowing in and out of the fund causes the manager to hold extra cash reserves, with the end effect being an inefficient allocation of capital. Extra trading expenses and capital gains taxes are also caused by excessive market timing in a fund. Market-timing worked particularly well for years, with international (non-US) mutual funds.

Market-timing in mutual funds had actually started in the early 1990"s. Several market-timing gurus" rose to fame, as they consistently outperformed the market. People like Gil Blake and Norman Zadeh and their market-timing methods were consistently mentioned in the publications like the Wall Street Journal and books such as The New Market Wizards.

Things started to get dirty in the late 1990"s when market-timing was getting too popular and the mutual fund companies tried to curb its activity. Some market-timers made secret arrangements with fund companies where they were allowed to move in and out of a fund with a predetermined amount of money. In return, the market timers gave the fund company a fee" in return for the trading allowances. Methods were also devised to enter in late orders as late as 9 p.m. and still receive that day"s closing price.

When the US bear market started in 2000, the big mutual fund companies were seeing their assets under management deteriorate from falling stock prices and by investors bailing out. They were eager to cut deals with market-timers in order to regain some capital. Pimco made a deal in November 2001 with a market timer, allowing $100 million to be traded in and out of three mutual funds (up to a maximum of 48 trades) in exchange for $25 million in sticky assets. There are other specific examples like this involving Janus, Capital Alliance, Invesco, Fleet Boston, Bank One and Franklin Templeton. CIBC even arranged for $1 billion in financing to market timers.

A whistleblower from one of the market timing companies finally came forward to the New York"s District Attorneys office ran by Elliot Spitzer in May 2003. The DA"s office was able to cut a deal with a top market-timer to become their star witness against the big mutual fund companies. Spitzer has so far made four large settlements with fund companies worth $1.65 billion, with many more settlements and criminal charges yet to come. An initial probe shows that over half of the top 80 mutual fund companies allowed market-timing in the past.

This scandal is a big blow to the mutual fund industry because of its previously clean" image. For long, the industry has been regarded as a haven against stock scams and dirty dealings. Mutual funds were designed to be stable, long-term investment vehicles for millions of small investors. This scandal should provide a shake-up to some investors who placed their trust in the respected" institutions who have been implicated in this scandal. 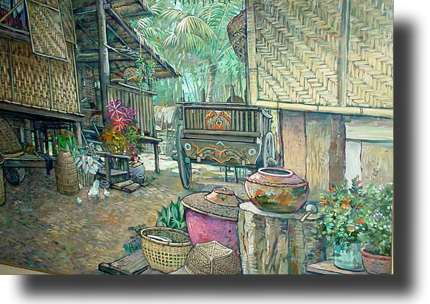 By Paul A. Renaud, Thaistocks.com

And then there is a man named Strong.

A dickhead named Richard Strong.And then there was a man called Richard Strong, Chief executive of Strong Capital Funds. Here was a "super fund" gone mad headquartered at my own old college town, Milwaukee Wisconsin USA.

In fact in early 1998 I had contacted Mr. Strong directly to talk about oversold Thai value shares -and instead was treated in a most rude way. At the time I fumed a bit as no one has ever been so utterly vulgar to me then this Mr. Strong. Yet today we see he got "his own day in court".

This ultimate in fund scandals came on May 20, just when we started this article. The Strong Capital Mgmt. group on that day agreed to pay a 175 million US$ in State and Federal settlements, so to resolve securities fraud charges involving improper trading of mutual funds. Ironically, it was among the very first accused of improper trading yet "strongly" denied this all along. As Mr. Strong confirmed that his fund was market timing while at the same time telling investors such trading was disruptive and would not be accepted. The fund has lost about 1/3 of its assets since this scandal broke out and is now up for a quick sale.

It stands out among all others as here a single executive, Richard Strong, was fined the most of any so far, a staggering 60 million US$. Strong owns 85% of Strong Capital Fund. Apart from this settlement it’s unique for it prompted a public apology: "My personal behavior in this regard was wrong and at odds with the obligations I owed my shareholders". Strong was so bared from life from this business. His arrogance seemed only to have been surpassed by his unethical dealings which burned thousands of his investors and ended his career in a big shame.