Just a few lines on how finance often helps lives and in history romance.  Just 2 examples.

My industry in general gets lots of slack, in part deserved because of many abuses in past times -but mostly because a lack of understanding.  People in the health industry seem especially critical -perhaps not understanding how often there cannot be good health without some financial health first. As the latter can bring on choices and freedom.  Here I try to just give some light on 2 very different examples where finance makes a real difference, to real people.

I know of a company here called (LIT 12.10, “Lease it Public Company”, rated accumulate buy) where a screened group of engineers which do independent contract IT work for the Thai Govt., can receive funds at their completion date, vs. the standard 90 day wait for payment by Govt.  Its called “factoring” and is an example of a finance enabler adding real value.  LIT earns a spread, the contractors get their money right away and the Govt. payment procedure does not need to change.  Win-win. No Risk.  LIT company looks to be growing fast on this very viable niche, through a win-win financial innovation.  An example of finance uplifting contribution creating new value. 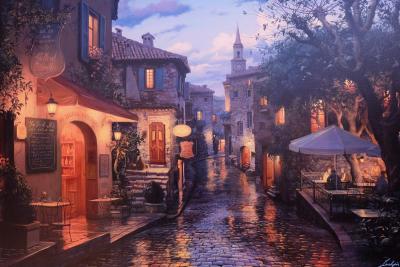 Florence Italy, which as we know was the heart of the Renaissance period. Would you believe, it became in part like that because of finance. In those days, you had to pay a dowry to have your daughter marry upwards with a good Man from the haute-society. Sadly, the daughters' only real alternatives back then was work in the field, in a boring shop, or bars. Hence the big way to liberation was to have some dowry money when daughters reached maturity. So became the first bank created in Europe -and through finance-scheme they devised a savings annuity to the family. This worked through saving every month from the daughters' age 8 on until 18.  At first there were various plans which were less popular.

But when this first bank paid 11% annual interest -and it was guaranteed by the Italian government it took off and became popular. (Was this one of the reasons why the first bank was created to begin  with?)  Upon the daughter’s reaching age 18, there was enough money + interest paid out for her to marry a "man of means and respect and likely nobility".  Should tragedy hit and the daughter died before marring, the money plus interest was returned to the Family.

Historical records show how this was very successful and went on for a long time* ;  it in fulfilled and fuelled the renaissance period. A true women's liberation of sorts in those days.  Peasant and poorer women marring upwards into nobility, vs. otherwise into most likely some poor destiny with no escape. Finance so helped Romance and made a big difference to these many common women back then as well as drove the renaissance period.  As we know from history, common people of common background can be extremely uplifting and special, leaders, successful and more.. only if given the opportunity.  Unlike most rich, most of these never forget where they came from besides, (suffering creates a certain depth).  The world is full of examples around great people coming out of nowhere and reaching great heights.  An original part of finance and the start of the banking industry -and how it can and has changed lives, yet rarely told.. nor taught in high schools.