The current model portfolios final update, as of April 1 "06

Here is the final tabulation of the 5 various stock groups I had mentioned on the 2nd of January, 2006.

If you simply average all of the below shown 5 groups equally, this amounts to a +20.8% return.  Had one invested equally, half in my clearly stated "Acclaimed most favored" and at the same time the other half equally into all the other shares, the average return would so come to 28.3%. (15.75% average for all 4, except for the most favored, and 40.9% for the most favored, and then dividing this total of 56.7%, by 2).  Had one invested all in only my "Acclaimed most favored", one would be ahead of 40.9%.

The officially stated return here then for the first full quarter of this year, is so 30% as compared to 2.8% for the SET benchmark index, thereby beating the SET benchmark index by a factor of 10.7.  As I have stated just recently, I am in the profit taking mood and need will shortly re-formulate a new model.

Best Regards to all Members and keep posted, as I formulate a new model.  I welcome any questions or constructive criticism. 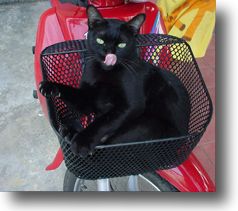