Beware of the risks on being too negative. A masterfull new book claims just the opposite!

Uneventful investor times, dragging on.  In the background its emerging that globally on many fronts, we live in the best of times.

The Thai SET is just vacillating along with no real drivers either way. True, the Thai economy is improving, consumer spending seems more robust, tourism and exports are energetic.  The N.S. Korea situation looks much less inflamed and oil prices long bottomed and on firmer footing which is actually a positive. Globally, US unemployment is at a near 20 year low and contrary to so many naysayers things are perkling there -while the trade protectionism/war alerts look tamed. Even stale EU is making a comeback.  Its impressive how the Thai Govt. Bond for over 6 months already, commands a lower yield then similar 2 years US treasury Gov. notes/bonds; and this despite the Thai Baht being such a firm currency.

The doomsayers have a hard time giving credible reasons why it suddenly will come to an end, meaning here that we are very close to another global serious set back.

There is a newer book out called “Enlightenment Now, the case for reason, science, humanism and progress”,  by the very acclaimed Steven Pinker.  A real tour de force.  While most of you likely won’t read it, I am -and its extremely positive on so many fronts!   "Bad always is stronger then good" and in the recent and long past so many negative nay-sayer alarmist books made the top charts best sellers, while others which claim the opposite, never do.

A couple of years ago I met a classy Swiss polished ex-finance industry executive, aged well in his early 70’s.  He told me he is holding all cash as he is convinced another global crisis is brewing.  Last year I met a younger early 50’s similar Swiss person whom told me how he is shorting Amazon (AMZ)  -and while not US negative as he puts it, he is very US stocks bearish anticipating the next global crisis “anytime”.  Like in May 2018, as he stated. When I told him about this book he answered he knows this already -while not having read it.

Last week I met an intelligent German man which told me its going to happen on May 11 2018, when I asked him “what will happen”.  He said, as if everybody knows, a financial market meltdown. He quoted Nostradamus, the French "seer" and "prophet," which states that history repeats itself.  He writes his prophecies in such vague terms that people read whatever they want into them.  Supposedly he predicted a volcano errupting (now happening in Hawaii) just before the financial markets will. I am not holding my breath.

My old friend and partner from Morgan Stanley turned US bearish post the 2008 US induced global financial crisis and never departed from that stand. He amassed gold and gold mining shares only to see a substantial drop on the latter; evenwhile missing out completely on the biggest financial asset boom which happened in second decade of 21st century.

For years, Members here and others regularly send me negative articles on how the next crisis is coming with all their quoted gurus, experts and more. Yet since, gold has languished for some 3-4 years now, the Thai Baht appreciated but Thai smaller and mid cap stocks have languished.  One member wrote me how he is down nearly 40% since his fabulous returns up until year-end 2015. But this member lives in Australia and did not add that the AU$ currency has dropped some 27% in the past 3-4 years (vs. Thai Baht) as I here also regularly predicted (along with peak AU  housing).  So he is actually down (40 -27) = -13% in AU$ currency compared to as he rightly states fabulous returns before.  Unlike my strong expressed view here: he never mentioned PPS which has dented the otherwise poor returns of late, so far.  PPS was at 1.20 when I first mentioned it year end 2016.  20% stock dividend adjusted, it more then doubled in the 3 Q of last year. At currently at 1.51 its still up 50% since.  PPS will go XD  tomorrow May 8th for 0.04 Baht, or a 2.67% yield on the current price. I remain maximum bullish on PPS.

The BCAP Open end smaller cap ETF fund (now around 9.72, per unit) I favorably viewed in early March ’18 has been bouncing back of late from a low of around 9.20. Could this signal the big underperformance of smaller/mid cap stocks have turned the corner!?

The very renowned author of the above reference 450 page book above convinces us (along solid documentation/references/ in all together on 75 pages) that we are in fact turning a big corner to overall better times? We not only live in interesting times, but on so many fronts in better times! This will be hard to believe for most of us bombarded with negative news almost everyday…disgusted with our politicians (true enough)  and unlike in the past, we get (mostly negative) news feeds, live, 24 hours a day.

When I was a student some 30 years ago the sages in those days predicted the end of oil. They were wrong. Then 10-20 years later best seller books came out calling the “peak of oil”. Wong again.  Others prominently stated, the population explosion would ruin us all as food shortages would emerge etc… Then it was the scare how rare earth metals would run out.  Yet, most metals and minerals are cheaper today than they were in the 1960 (page 126). Today we live in an ere where many believe and practice peak-stuff, not peak-oil. Meaning we seem to consume less then in the past, less paper per capita, less oil per capita,  etc..  Globally deforestation has peaked (page 130) even big oil spills have fallen from a hundred a year in the early 1970’s, to just five in 2016. (page 131) As Indira Gandhi said, “Poverty is the greatest polluter”, and absolute poverty has fallen by a huge factor in the past 10-20-30 years.  Wildlife reserves, national parks and other protected areas has grown from 8.2% in 1990 to 14.8% by 2014, an area double the size of the US.  Similar with marine conservations areas). Page 132-133. Wars, even civil wars, are at an all time low.  I can go on and on, but here is not a review of this grand book.  Just a statement on beware on being so negative as we may well be entering a new era.  Remember Kant’s essay “Perpetual Peace”? 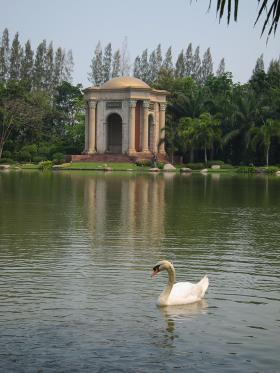 Of course there will be set backs and likely another financial crisis at some point.  I have always stated here that taking profits is an essential element to long term successful investing.  Thinking back, I remember in early 2015 I had to agree with a member which asked “why not take profits (TRC) as you always said you do when a stock is up 50%”.  So I did to be true to my words, only to endure that time TRC rising much further.  I also wrote much in that same year about holding some diversified property funds like WHA which actually rose in value while paying near 7% dividend.

Today I like 2 such high more prudent high income fund ideas, the just posted one in our lounge called JASIF digital infrastructure fund (11.50) and DIF (14.30) a similar such fund. Both trade with plenty of liquidity while paying a handsome current return of near or above 7%.  The BCAP Open end smaller cap ETF fund also here touted as a more prudent and diversified way to own the in my view oversold & lagging smaller cap segment of the SET.

As times change, so do I.  The overall inept local broker behavior, the lack of English prospectus, the less insightful revealing personal company visits have dented my enthuse.  All key reasons why for this year onward, I will not send any member renewals.

Having said all this and not withstanding another global financial crisis (one I think less likely then many I encounter) I still believe what I stated all along of late: when the Thai election arrives in 2019, there will very probably be another market exuberance here, at least for a while, and by then many (but never all) of my current favorably viewed choices should see, in some cased a big, leap forward.  In the meantime as re-stated my view is to own plenty of PPS as for some time already it is and remains my top individual stock choice.  Of course as always I must always add the industry standard disclaimer, diversify your portfolio.  Over the next 10 days companies here will be reporting their 1Q earnings.