Today I visited the section on Magazines at Amazon.com -looks like they got thousands of them. Great. Anything you can think of. So I thought of "International", seemed like a big topic to me.  I was wrong.

As on this selection there are only 5-6 offered. Wow, the whole world as a subject and less then half a dozen magazines to choose from. Nothing at all on Asia, even while half the world's people live here!

Besides that Economist Magazine and one called Latin Trade there where only a couple others offered. Two of them where Jewish, called Jerusalem Post and Jerusalem weekly, or something like that.

The single one interesting to me on that spare list is called "Foreign Policy". A great publication which I obtained in some non US bookstores in the past. But that choice takes a "12 -16 weeks to get started" and they will not even sent it outside USA?! There was a click on why it takes that long to get going, I did not even bother. No click or reasons given on why it will not send this outside the US.

Often visiting book stores in the US I find those amazingly thin to nothing, on international matters. And except for cook books, nothing at all on Asia. Once I gave the manager of such a major store a hard time about this: "Thousands of magazines and nothing on international affairs or business" he answered there was no interest. After dwelling on this theme he admitted that "well all that is up to New York anyway". 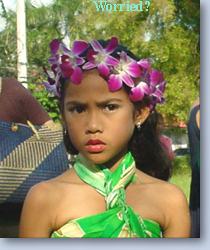 I guess on Amazon.com on line which calls itself the world's book store, is no different. USA seems as inward looking as ever and getting more so, I conclude.